Ukrainian team on world culiary Olympics for the first time: how was it

Ukraine - for the first time was presented at the world culinary Olympics. Excitement and support, closed kitchens for participants who couldn't even carry mobile phones, 10-12 hours of non-stop cooking, and a fantastic new experience. We met with Yaroslav Artyukh, Chef of the Kanapa Restaurant, to inquire about the Olympics, how the Ukrainian team performed, what dishes our chefs prepared and how they were perceived in the world. 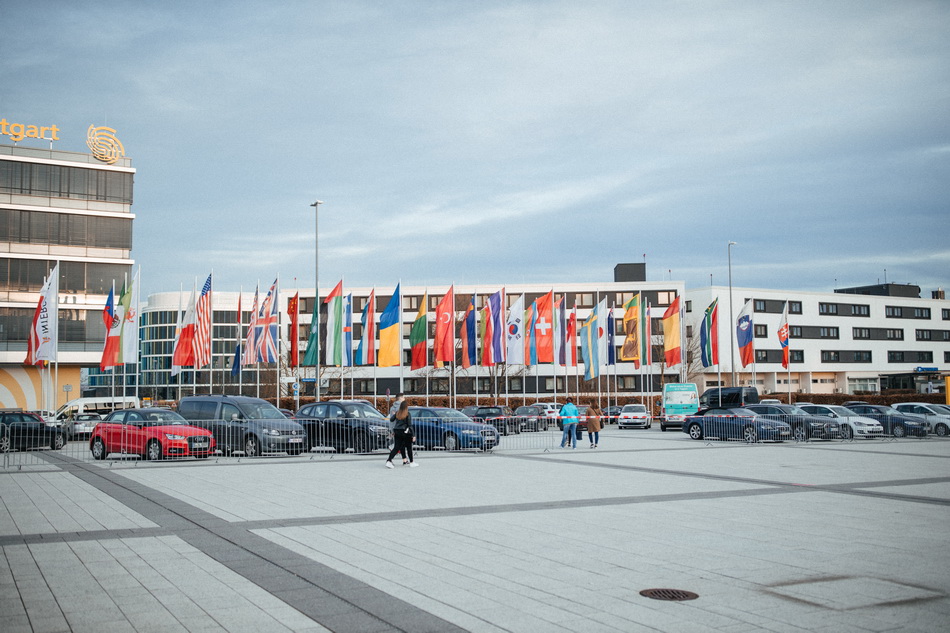 The IKA / Culinary Olympics is an international Olympics that has been held for 120 years. This year the team of professional chefs from Ukraine took part in it for the first time. A total of 43 countries competed in Stuttgart. Ukraine was represented by 9 chefs, the team captain - Yevhen Korolev. Mentor - Yuriy Kovrizhenko. Two members of the team work at Kanapa restaurant - Chef Yaroslav Artyukh and co-chef Vitaliy Guluzade.

The fact that we were there is a miracle. And the result of some fantastic enthusiasm from the team, in particular, the captain, who made every effort to be able to participate in competitions of this level. Without funding, overcoming a bunch of bureaucratic and organizational issues, we still took part in this competition, received many favorable reviews and overall worthy representation of the country in the Olympics, to which other teams have been preparing for at least 4 years, with support from the state and a lot of private companies . But always someone has to be the first to at least try and feel it. 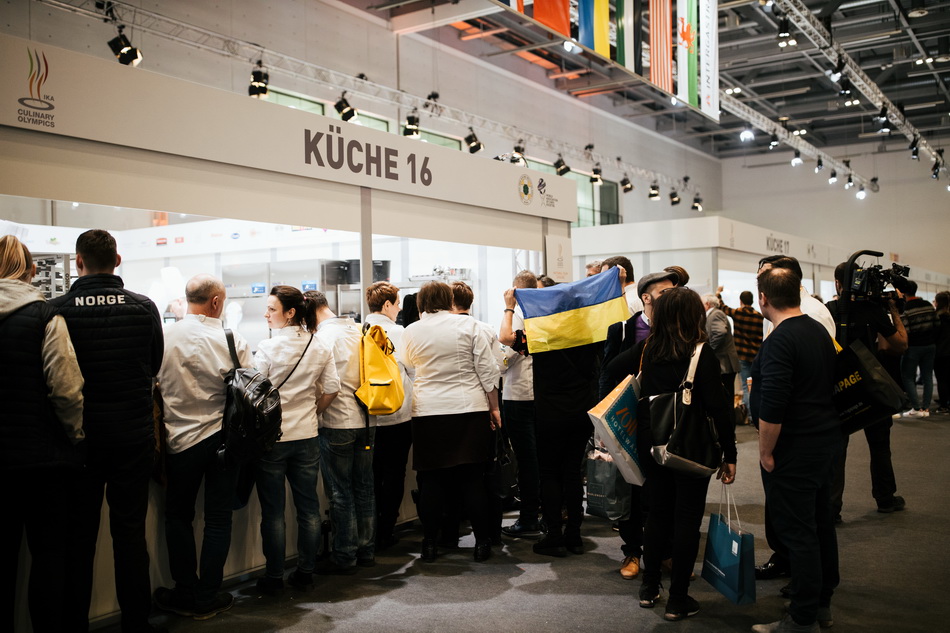 How did the competition go?

The competition was held in several nominations. Ukrainian team participated in two: Chef's Table and Restaurant of Nations. Restaurant of Nations models the work of an ordinary restaurant. There is an exhibition pavilion, there are kitchen boxes, where teams from different countries work at the same time, and guests are offered a menu that lists dishes from different teams. Next - everything is like in a real restaurant. Guests make an order, a notification comes to the kitchen, and then the waiters pick up the finished dish and bring it somewhere in the hall. Each team had to be ready to serve 110 servings of each dish. 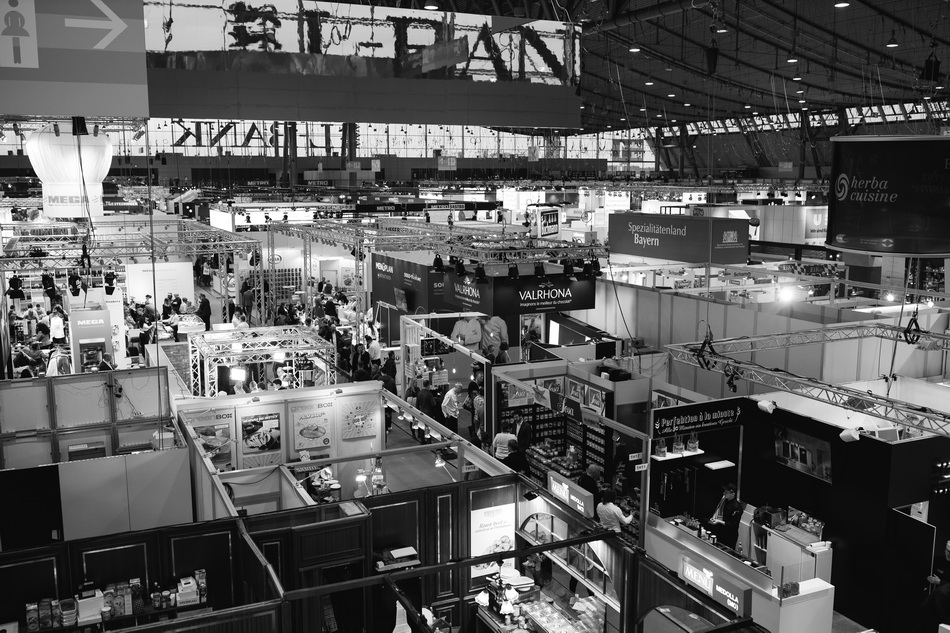 There was also Chef's Table - a simultaneous serving of 12 meals for which a table was set up near the kitchen box. This stage already included direct communication of the captain of the team with guests, personal presentation of dishes. 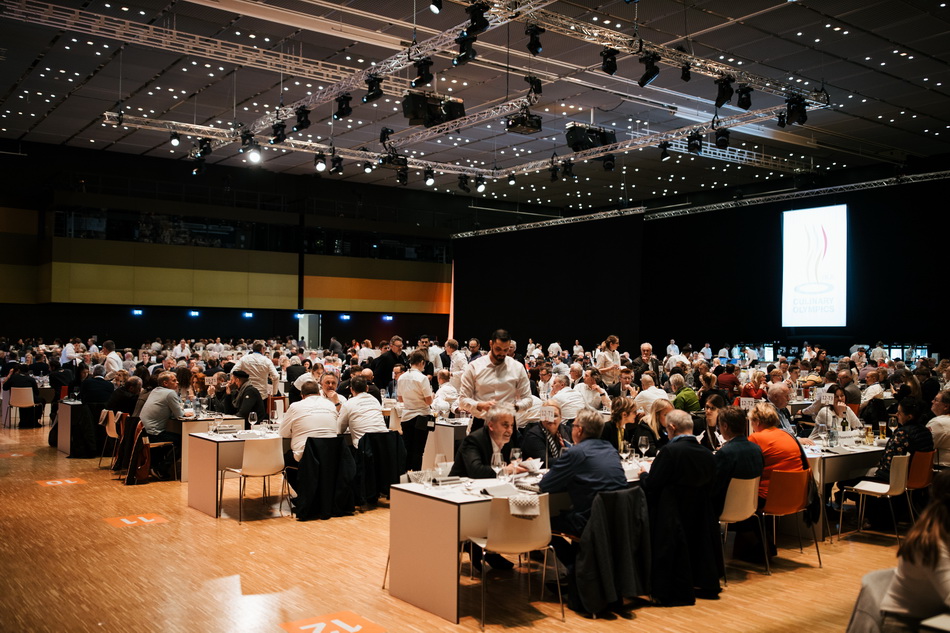 At the Olympics, teams were provided with boxes with basic equipment. Everything else - from technology to products - was brought in by the teams themselves. And here was a noticeable difference in preparation. We had one car full of different products. For other teams, the planes transported a variety of expensive equipment, the ingredients for each dish were pre-signed, weighed, packed, and even on the small inventory there were team logos. It was evident that these teams had been preparing for years. Every little detail is thought through, every movement is worked out a thousand times.
We had two trainings, zero experience in such competitions, a bit of adventure and enthusiasm, and, of course, the ability to work in a real-life restaurant environment. So, even with the total lack of such preparation, we gave out all the dishes in time and these dishes were delicious and we received quite good reviews. It's magic.

What exactly did the jury rate?

The work of teams was evaluated by hundreds of different criteria. In particular, a great deal of attention was paid to cleanliness, sanitary standards and a responsible attitude to products. In particular, higher points could be obtained for working, for example, not with a duck fillet, but for taking a whole duck, squashing it yourself, and to using absolutely all parts. If extra food remained after cooking, points were reduced. If, when using fruit, their skin was discarded and not used, for example, to make candied fruit - the points were reduced. Leading ideas are zero waste and a nose-to-tail approach. Maximum responsible consumption and maximum safety. 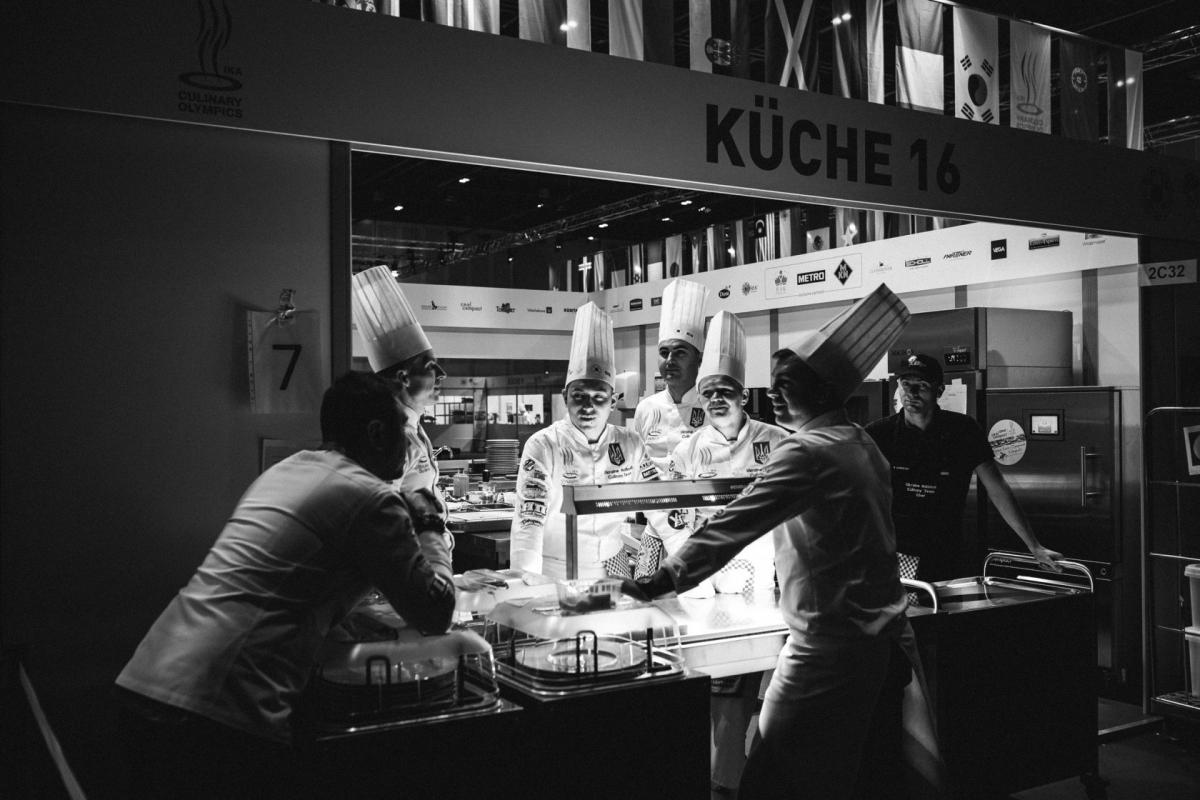 In fact, all these rules are not a secret, the competition rules are on the competition website. Another issue is the number of rules and criteria. The training, which they list, takes 8 hours. Not just to get into it, but to build your work according to these rules - it takes a lot more training and time. Completely different things came as a surprise to us. For example, we learned that it is impossible to take phones with you and generally you cannot communicate with the outside world. We cooked for 10-12 hours, not contacting anyone. Then we found out that they reduce points for using potatoes. When you get to such competitions for the first time, you feel a bit like a blind kitten. But now we have 4 years to prepare much better. 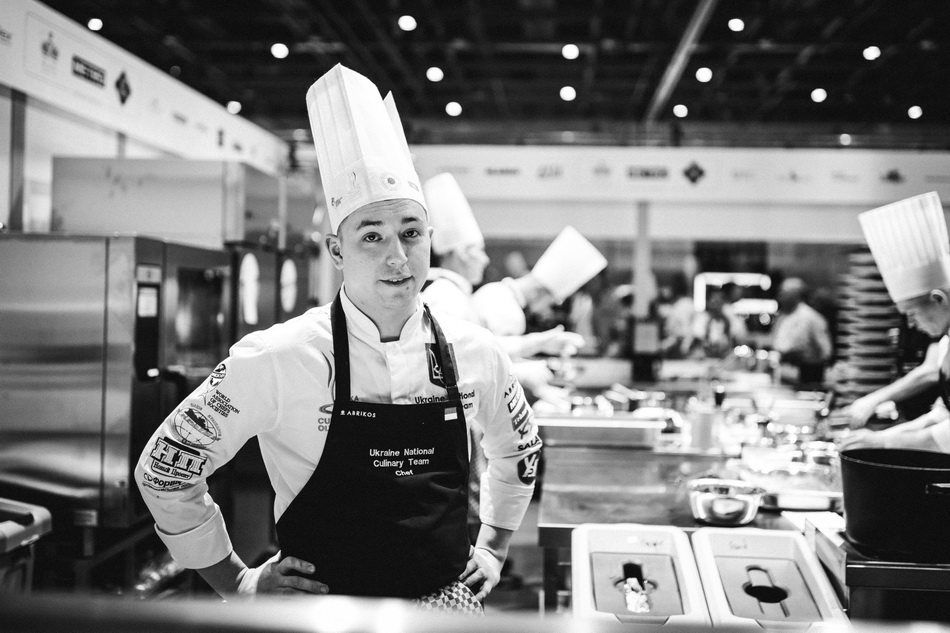 What dishes were prepared by the Ukrainian team?

We served an edible candle as an amuse-bouche. Fish with mango chutney and panna-cotta  with quince sorbet were prepared. In the Chef's Table category, we focused on local products and rethinking contemporary Ukrainian cuisine. For example, there were appetizers: salmon stuffed with walleye, minced egg with thin rice paper, pike stuffed with spinach and raspberries. Before that, we served pancakes with red caviar, as well as pancakes with smoked sour cream and beetroot pancakes. Chicken liver pate with cherry jelly on a crispy cracker, double black and white dumplings with walleye and bacon, duck with pistachios and raspberries and other dishes. 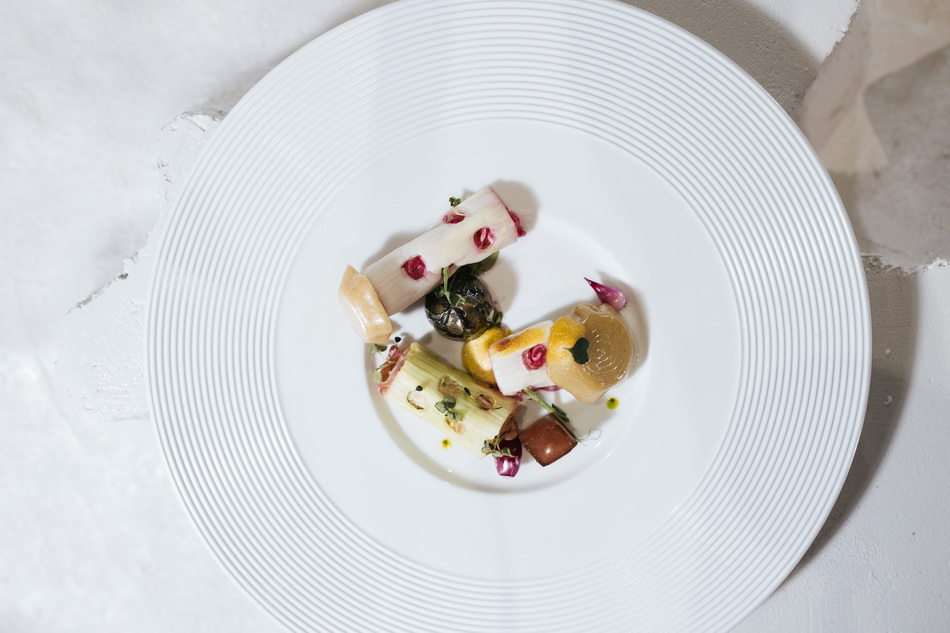 Where can you try such dishes in Kiev? 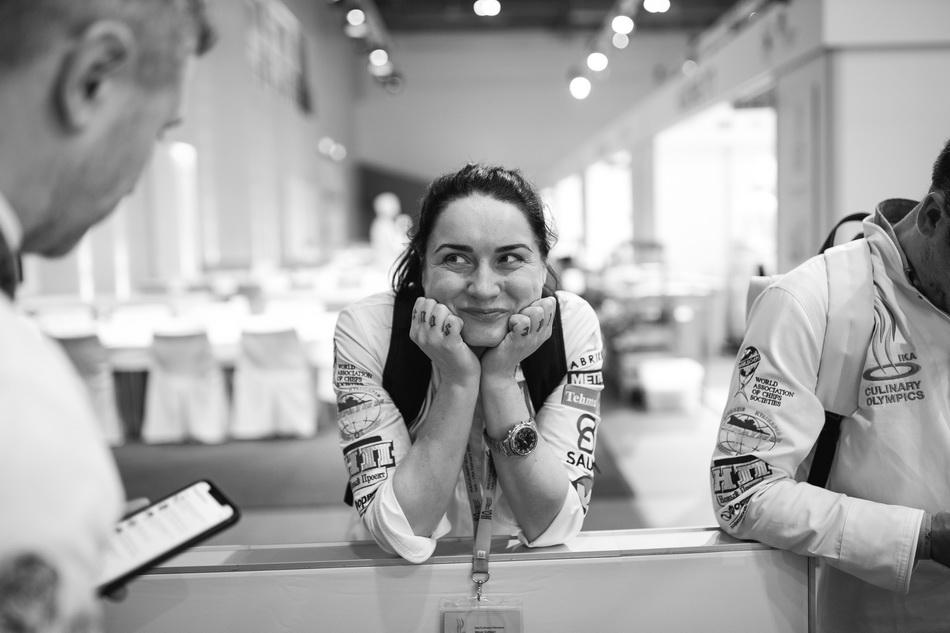